Hanging On To Growth And Succes 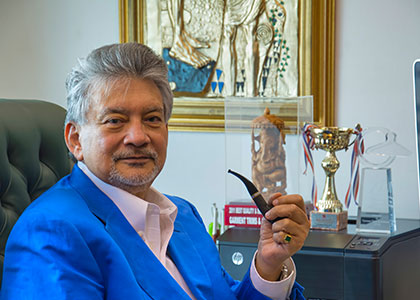 If we could say that success is equally pertinent to growth, then the best example to prove it would be Garments Trims and Accessories Middle East, the exclusive licensee for A&E products Group LP (an operating unit of Tyco Plastics & Adhesives) for the Middle East and African Areas.

and on its way to upgrade it further to another sheer 100,000 sq. feet. “Though we are very new in this market, when compared to the others, the growth is very visible.” says Rajan K Lall, Chairman & Managing Director, Garment Trims and Accessories (Middle East). It’s worth a mention that Lall had strong base of over 40 years in India, before he moved to set up business in the UAE. And there’s no looking back.

Talking about nominations and its exclusivity with GTA, Lall goes on to explain: “It’s A&E that gets nominations from big brands like JC Penney, Wal-Mart, Sears etc. after which we design and develop the product to the final stages to the point we get it’s approval and further patent it. ”Quite recently GTA lost the nominations for Wal-Mart bottoms. This is what Lall had to say: “Yes, it was a big loss for us. But it’s only the Wal-Mart bottoms nominations that we lost have lost; we still have the rest of them. As a matter of fact, the rest of the players did approve our product, so we are taking it a part of the game.”

Previously, A&E hangers, which accounts for a major share of the world hanger markets, were imported directly by clients form various sources in the Middle East. The clients had to bear the financial burden of stocking, opening a letter of credit, etc. Besides, they also had to tackle the huge difference in the price of A&E products obtained from various sources. This led to a lot of unhealthy and illegal practice in the market.

Now with the GTA - A& E tie up, the garment industry stands to benefit in a big way. For one, the illegal practice of trade is restricted and secondly, customers get the hangers at the internationally accepted price. Besides, GTA imports and stocks A& E hangers at GTA cost and customers would ask for delivery of A & E hangers, only when there is a requirement. Thus the customers stand to benefit.

Lall is very confident about the Dubai market. “Though people have moved over to offshore production places like Jordan, efficiency and production- wise there’s nothing to beat Dubai. It will always remain the production hub and head office for all exportesrs who’ll continue to live and place orders here,” says Lall, which recently started operations in Jordan, Kenya, Egypt and is in the processes of opening up in Madagascar and rest of Africa.

As these specialty pails are much in demand, another area of manufacture and supply for GTA is the automotive battery casings, that are supplied to battery manufacturers for use in Japanese cars. 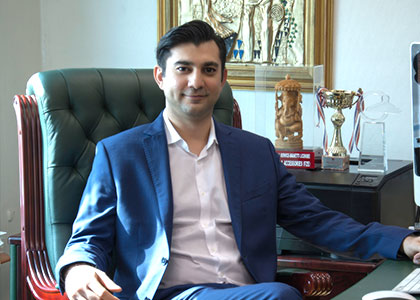 This young Director and independent entrepreneur has been a part of GTA for three years now and seen the factory grow from the scratch. Nikhil strongly voices his opinion on the quota system from being lifted from early next year. “Countries like India and China will definitely come up. But India still has a lot of work k to do. As a matter of fact, Dubai will lead because of its uncompromising infrastructure, and the reliability of the turn-around time. Also, there are companies and stores around the world who look at the cost as a third or fourth priority… for them quality and reliability comes first,” he adds.