GTA for stability in hanger market in Middle East

At last the chaotic state of the garment hanger import and distribution in the Middle East, appears to have come to an end. Thanks to the excellent business reputation of Rajan K. Lall, all A&E hangers will be imported and distributed by Garment Trims and Accessories (GTA) only.

Talking to Textile Industry Update at his office in Ajman, Rajan K. Lall, Managing Directory of Garment Trims and Accessories, said that with this distribution rights exclusively with GTA, the customers of A & E products in the region, stand to benefit in more than one way.

The future of A&E hangers, who have a major market share, is bright. The trend today in garment manufacturing and marketing, is to skip the use of garment packed in polypropylene bags, and go in for ‘garments on hangers’ packing. This irons out a lot of problems at the delivery end, i.e. the Department Stores.

Says Lall, “ The use of hangers in garment packing and delivery is a cost and time saving practice that is here to stay.”

Lall has been in the trade for the last 35 years, understands the needs of the industry and is able to visualise the trends. He has been trained on the technical side of manufacturing interlinings and fused interlinings. 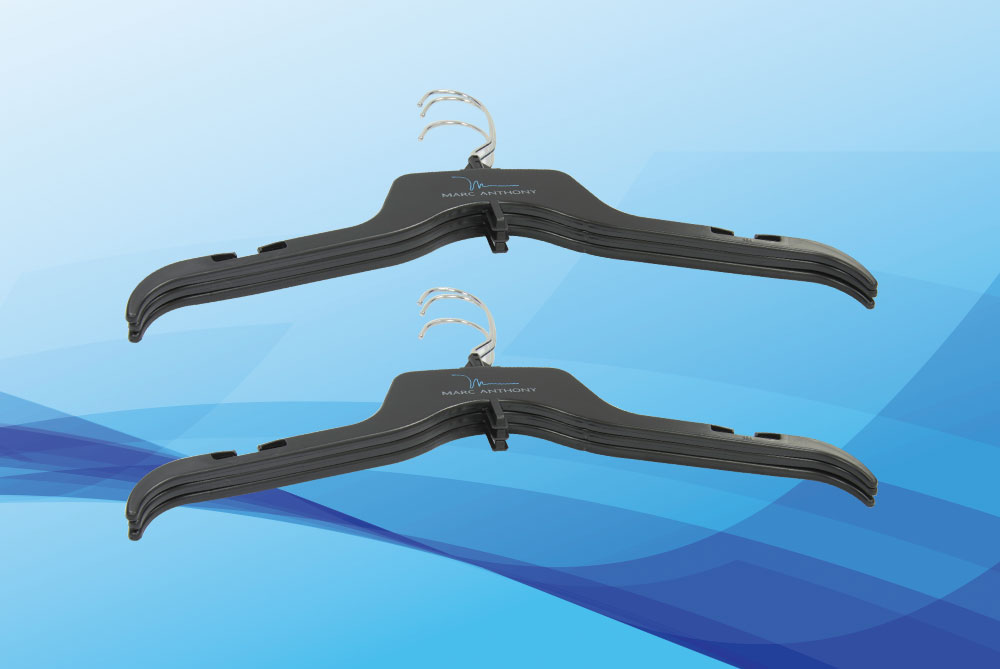 Stability in the market

Because of the strong marketing infrastructure, excellent business acumen and a good international reputation built over the years, Lall has been able to tie-up with many multinational companies and succeed, where others have failed.

The recent tie-up with A&E Products, the world’s largest hanger manufacturers, is an example of Rajan K. Lalls exceptional skill in getting along with his tie-up partners. And true to his reputation, because of this tie-up, Lall has been able to bring stability to the hanger markets in the Middle East, which was once in a state of chaos and controlled by illegal traders.

By virtue of being the sole agent of A&E hangers in the Middle East, GTA have also been of immense benefits to the traders and manufacturers of garments, who require hangers for their readymade garments.

Previously, i.e. before July this year, the customers of A&E hangers in the Middle East, were totally at the mercy of suppliers and illegal traders from Sri Lanka, China, Turkey, Pakistan, etc, who quoted different prices and created confusion among the buyers.

But now with GTA as the sole distributor of A&E products in the Middle East, Lall is determined to bring sanity to the market and stop the illegal import of hangers. Says Lall, “ First instead of competing with other hanger manufacturers, we were competing with each other. But now we are the sole distributors of A&E hangers in the Middle East and there should be no confusion.”

There are also other benefits that the customers now derive. GTA as the sole distributor of A&E hangers, imports the hangers in bulk i.e. 100,000 pieces in containers, at their own cost. When a customer needs a certain quantity, they are supplied just that amount of hangers at the internationally accepted price. The customer, thus pays for only what he needs and does not block his money in any way with excess stock, there is no LC to be opened, no waste of warehousing space and no inventory to take. In other words everything is taken care of by GTA.

Rajan K. Lall sources the A&E hangers from all round the world. There are some 5000 styles of hangers that GTA offers, all of them are patented. The latest type of hanger is a boom to the manufacturers. They have a soft pad attached to the grip points. This does not scar the garments which may put of a possible sale, but keeps them in the best possible shape.

Rajan K. Lall was critical of the way the UAE quote gets exhausted within the first four months. “The UAE garment quota gets exhausted, but there is hardly any garment manufactured in the UAE. Most of it is manufactured outside the UAE,” says Lall.

It all boil down to the survival of the fittest, garment manufacturers have to supply garments at the right time and the right price, hence the extra activities, elsewhere!

World leaders, A&E Hangers, a part of the Tyco group, are now represented in the Middle East by the Garments Trims and Accessories FZE. A&E hangers have been accepted by all major garment fashion designers and garment makers.